Claims in Media the Two days before the Conference by the Participants: Shyness, Speech Adjustments & Disappointment?


Richard Dolan claimed after seeing the slides two days before the Conference (or good screen copies of the slides):


I have been in Mexico City for the past day, meeting with Jaime Maussan, Tom Carey, and Adam Dew. Don Schmitt will arrive soon. I was able to see directly the two so-called Roswell slides. In addition, I became further acquainted with several fairly detailed analyses of them by technically proficient professionals. All of this has made me glad that I have decided to participate in the event this coming Tuesday. My opinion is that these slides are compelling. There will always be the possibility or glimmer of uncertainty about them, no question about it. But when you put the entire story together about these slides, and when everyone has the opportunity to look at them and examine them in detail after Tuesday, my feeling is that they will not easily be debunked. Not legitimately, anyway. My feeling at this point is that these slides will be here to stay.

Did it really sound like an "admission of weakness"? Yes, the conference should focus (and was advertised or teased as such for months) on the slides as a scientific evidence to prove the existence of aliens having visited our planet (probably from a crash at Roswell).
Reading R. Dolan describing the slides (as after some exchanges with the participants), the only evidence in fact would come from the Story around the slides, and not by the slides themselves. The problem will be to examine if the story around the slides is compelling, and not projective elaborations of some sort, ie such researchers who had projected their own UFOlogical and crashologist belief and expectation from the other photographs, some investigations they made about the Ray family, and mainly from the inside cultural background they are the main mythtellers and packmen(don’t understand your meaning for this word), to concoct a story confirming such belief and expectation (a sort of circular reasoning).


Can we prove it’s an alien? Well, a picture unfortunately can’t do that. We don’t have the DNA, we don’t have a tissue sample. We can’t do that. But, for those who are open-minded, objective in their reasoning as to if they can accept that we are not alone, that we are being visited, there had to have been pictures taken, there had to have been people who were availed an opportunity to see what was recovered, and possibly at Roswell in 1947. And we’re not going to be the group of individuals who always live by the model anything but extraterrestrial, anything but ET.

In our previous article, I stated: "I" must point that there is no scientific way or method to prove from a simple slide that an "artificial artifact" is "alien" (isotopic analysis must be done, for example), same regarding a biological being (DNA analysis must be done for example). And this whatever "forensic ufology" will claim or academical. You need the physical sample."
I'm glad to see that Mister Schmitt has "awakened" or is at least more careful (here).


Scientific analysis of the photographs, by researchers and physical anthropologists from Mexico and Canada, it was determined that being is not a mammal, a mummy or child, is probably foreign to the earth, which has very similar characteristics reptiles.

Again, any academic or ufologist claiming foreign to Earth or Alien from only a single photograph for something looking as a biological being (same if looking as an artificial artifact) is only speculating or worst, imagining: there exists no scientific methodology able to drive to such a scientific evidence or conclusion from a slide.  In the same way, a close friend "admitted" to us:


I've taken advance courses in anatomy and physiology over the years and I can't distinguish whether the images depict something biological or a prop manufactured.

Anthropology, as you probably well know is a vast field where many individuals study or have studied social anthropology or cultural anthropology as specialization, and not physical or biological anthropology - reciprocals are true - (or as "general surveys" in the race for graduation, as I do). As when a "specialist" says "not human", it doesn't mean "alien".
And if she or he have an "ufological background", the specialist is not the "neutral" and "agnostic" one we are expecting for a "conclusion" of such a magnitude: his cultural backgroung can biase him.
But, in the past (see my previous article) when such UFO cases where an "alien being" was claimed and when or if the case is reaching mainstreams and going out the strict ufological microcosm, some real agnostics (I mean with no ufological backgrounds, interest, hobby) are consulted by journalists. I hope it will be the case here, in the sense it will be not the own "Roswell slides promoters" who will have selected the "specialists" giving feed-back, opinions, "analysis" and so on (and possible cherry-picking).

In a previous article devoted to the Roswell slides (in French), we emphasized the famous quote Sagan popularized, Extraordinary claims require extraordinary evidence. In few words, I wrote in my 2010 book:

For a long time and for those who have followed this Saga, Tom Carey, Don Schmitt and Anthony Bragalia argued that they had the support of several scientists to ensure that the slide depicts a "Roswell alien being" or something not from Earth, nor a mummy, a dummy... However, they never offered any documents to prove their claims and we must had to wait the conference. A few days before the public presentation of the images, we were able to know the identities of some the experts as we will see. But Jaime Maussan confessed that the first was added at the last minute, and the second, the Canadian expert, is/should be a former classmate of ufologist Tom Carey in the University of Toronto* (then, again not the neutral experts with no links with the Roswell "mythtellers" we are expecting for a "discovery" of this magnitude)...

So, in the two days before the conference, several names of "independent" specialists circulated in the media. Jaime Maussan stated:

Luis Antonio de Alba, anatomist and physiologist at the UNAM [Universidad Nacional Autónoma de México] although it does on behalf of the Máxima Casa de Estudios, a man well qualified. We all put our careers at risk, is an unprecedented investigation.

A second name circulating was the one of a Canadian (physical?) anthropologist, Richard Doble. At this stage, we found that the first specialist published something about hormones and menopause, and the second maybe an article circa 1976/1980 titled A study of Variation in African Populations. Following our indirect sources (but individuals in Mexico City), and for a second he is mentioned (see after) R. Doble claimed:

It's nothing like us, we can see that his feet, his legs appear to be a reptile could have evolved from something like a gecko, not theirs because geckos are of the earth, but some similar animal became larger and developing a large brain, turned binocular vision, he decreased his nose, his mouth turns out to be different from ours, but there are parts that could have been removed at autopsy seem to have no teeth but an inner structure guess some kind of bone, would have that eat, we have no proof of something like that ...

Wow, an evolved gecko! If this quote is real, I'm a little astonished that a specialist is able to deduce from the size of a head the size of the brain and this, from a single slide (you need dissection, MRI, etc. for this)... Binocular vision only means that an animal is using their two eyes together. Some animals (mainly predatory animals) then have their two eyes positioned on the front of their heads, thereby allowing for binocular vision and able of stereopsis. Humans, but eagles, wolves, and snakes (and snakes are reptiles) have binocular vision. 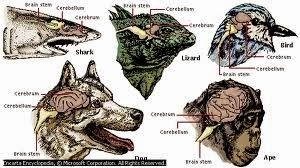 Anoter name of such "experts" came monday the 4th, Ricardo Rangel Martinez (a biologist but "well immersed" in the UFO Culture). Concerning his "immersion" in the UFO culture, read for example the following on-line "article" and presented on TV by... Jaime Maussan: Sky worm over Mexico. Again, I have nothing against UFO "sighters", only pointing he is not the agnostic, not linked with the Roswell slides promoters and neutral we are expecting here for an "expertise". 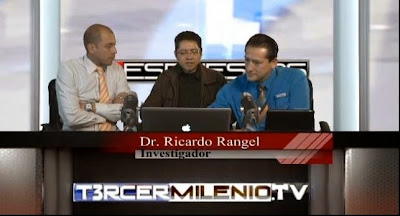 In a second and longer part (here or in another post or in a collective Roswell Slides Group article), and because I spent the dollars to watch the show, I will focus on the conference itself, examine strange claims of the participants, how they had "lied" regarding previous claims and what they teased and announced about the famous slide(s) themselves.
The only thing I can say to you is that the title of the conference "BeWitness" was a very good choice: I assisted and was then the witness of the last episode of a contemporary myth called Roswell. For this, I don’t regret the expense! 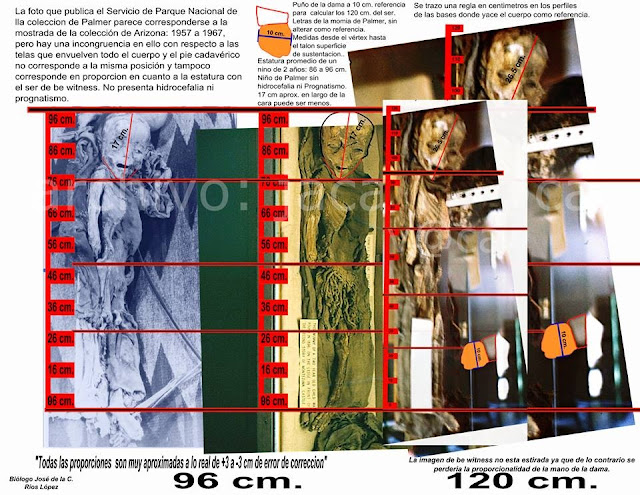