The famous Hessdalen 2007 picture and video: An alternative Hypothesis is proposed...

We all are naturally inclined to detect patterns and sometimes our expectations and cultural background drive us to locate a signal against a background of noise despite it is a false alarm. This will lead to the detection of subjectively meaningful signals and patterns in an environment even when none really exist. Even a completely random stimulus will be seen as having detectable meaningful information. To avoid such bias, the best tools we have at our disposal are science and the scientific method. These tools help us move past our bias and see what really is a signal and what is really just meaningless noise. Unfortunately, people get attached to their perceived patterns in the noise. (Adapted from the Signal Detection Theory).

A short video presenting the phenomenon recorded that evening of 2007 EMBLA.
If the video, does not work: https://www.youtube.com/watch?v=Btptc0wyeQI


This two co-authored work focuses on the famous Hessdalen 2007 picture with spectra and its associated video and proposes an alternative hypothesis.
Again and like the previous article concerning Hessdalen pictures in this blog, the goal of this paper is not to claim there is not an UAP phenomenon in the Hessdalen Valley, but in order to avoid past or future possible false-alarms.
I'm glad to have participated to this work, between two co-authors who probably don't share exactly the same points of view and reflexions concerning UAP or UFO in general, but agreeing I think that the work in order to avoid possible false-alarms is a very important step.
It points that works between different people having probably not the same general point of view regarding a phenomenon may produce interesting leads and/or hypotheses for a case, a picture, a video and so on.

The link to download the paper (pdf) is the following one (but the rezolution of the figures is not very good):
https://docs.google.com/file/d/0B_PO-khf8n2dSGdVU3Vtd2ozRFE/edit

I wish you a nice reading and of course we are open to feed-backs, critics, suggestions and so on. 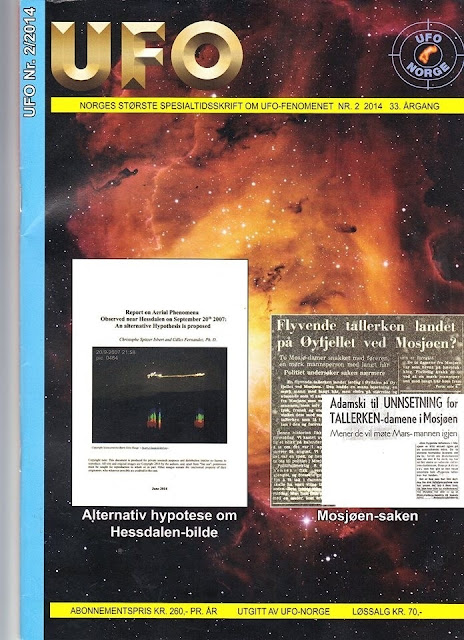 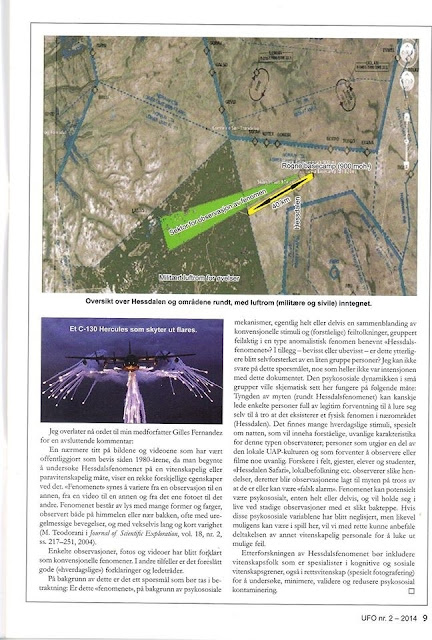