UFO(O)LOGY / Become bored & Skepticism: the Example of the Socorro Symbol.

My warnest thanks to Denis S. for some English corrections.

Illusory correlation is the phenomenon of perceiving a relationship between variables (typically people, events, or behaviors) even when no such relationship exists.

Recently, at least two articles were adressed to the Socorro symbol (probably the "decoy" one), pointing "similarities" / identity between Alchemy symbols or one the symbol seen in a moovie. Hoo really?

"What does it mean?" asked the owner of the blog in conclusion of one the articles. There exists a second titled The Socorro Symbol ends up in a movie.
My humble thoughts in private (and now here) were that symbol/symbolic/logo/letter/alphabet functions by simple "graphems" (simple graphical units) assembled between them (like semi-circle, circle, square, rectangle, arrow, etc) and the combinaisons are not so infinite, in order for the symbol to be read faster cognitively. That's "the goal" of a symbol/letter after all...
So the probability to find some similarities between symbols is not shocking me, nor hallucinating or astonishing me.
What did you ufologists expect, not a single similarity between symbols?

I shall add that the similarity between the Socorro symbol and what the ufologists have found is indeed really vague... But cognitive projections, confirmation bias, imagination, illusory correlations, etc. are not surprising me in Ufology too...

Of course, José is not "blind" about this hypothesis. He wrote to me (I share with his authorization):

I have explained that these symbols (film) are contained in the human imaginary, therefore, are found in UFOs close encounters ... we see in Flying Saucers projected and distortioned our unconscious information.

Maybe (another debate and some my thoughts are in this little blog). For me and only concerning such graphical symbols similarities / identitity ufologists point time to time, the reason to find some (and vague here!) are only inherent to symbol themselves... 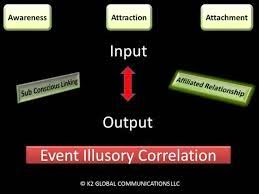 PS: In French, our topic in UFO-Scepticisme forum concerning the Socorro case.