What if? The Roswell Slides Saga as a Social Experiment or a Hoax of some sort?

In our previous article adressing the Roswell Slides Saga, we mainly focused on conventional leads from Child Mummy to an anatomical curiosity of some sort. But do the hypothesis of a social experiment or hoax something a true agnostic must take into account as a possibility regarding this saga? Our answer is yes, it is a possibility.

Does this new Adam Dew Team teaser look like a Social Experiment?


Like for "witness" E. Benjamin (see my previous article), "Adam Dew team" only present to individuals their slide, but a better methodology had been to present the slide between a larger sample including mummies, fakes, anatomical "curiosities", etc. and to collect individual reactions. What would be the lambda reactions if A. Dew have presented the following picture to street individuals? Some individuals will pronounce the word "alien"? Probably. The solution of what is depicted here at the end of this article: 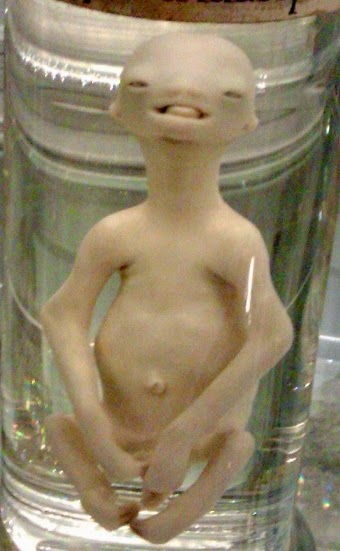 First, at least two the protagonists and promoters of this saga have a "shady past" (to remain civil and respectful). So, Donald Schmitt have been the center of a scandal in the 90's as I summarized in French in my book "Roswell : Rencontre du Premier Mythe". In English and using your favorite search engine, there are several sources where the curious reader can find an overview of this scandal. For example, this section in Roswell Files web site.

Even worse, Jaime Maussan endorsed and publicized many hoaxes including CGI generated UFO videos presented as genuine or endorsed previous extraterrestrial creatures saga which have been proven as hoaxes. For example, the "famous" 2009 video from P. Hernandez & A. Quarillo of an UFO releasing spheres is for sure a CGI. People immersed in ufology still now have in mind the Jaime Maussan Metepec creature saga which was proven as another hoax.

Versus
A CGI video realized by a Mexican CGI compagny held by a Josué Hernandez.

The Metepec creature saga, an example of a video promoting it as a genuine alien:

Well, the list of previous stories where Jaime Maussan endorsed and promoted hoaxes (consciously or not) is very long and not the object of this article.
*
**
****
The Hypothesis of a social Experiment or an Hoax of some sort...

In our previous article dedicated to the "Roswell slides" Saga, we pointed out how it is is relatively easy to obtain via merchant websites (like E-bay, Etsy and so on) vintage slides collections in their original mounts. In France as in Europe various places, it is possible to acquire such materials, not only via the net, but in physical places or markets like the "Marché aux Puces" or specialized boutiques. The owner of this blog, for the anecdote, is a retired "bouquiniste".

In other words, it is quite possible that the set of the 400 slides was put together from various sources, maybe even from eBuyers or physical markets, and a story was concocted, and the two slides were inserted?

Let's now take a look at three of the 400 slides alleged coming from Ray's collection. Remember Adam Drew, one of the promoter of the Roswell Slides, claimed the slides are "over a ten year period starting in the mid-1940".
Readers must take into account that it is often claimed in various places consacred to this saga that the following type of Kodakchrome mount is from 1941 to 1949.
But can a slide mounted with this type of mount depicting after 1949 physical things? Yes, it is possible.
Roll sellers sometimes sell "old" rolls because not all their stock have been passed and if rolls are well conserved (in refrigerators and dark rooms for example), they will working well for years or decades in the sens they will be not altered by time, as you can acquire old rolls in various places. In other words, old rolls of film can still be used if well preserved. As the only mount is not a sufficiant forensic evidence to establish that what is depicted in such slides with this type of mount is from 1941 to 1949. 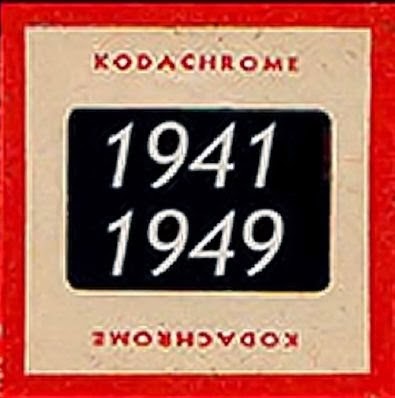 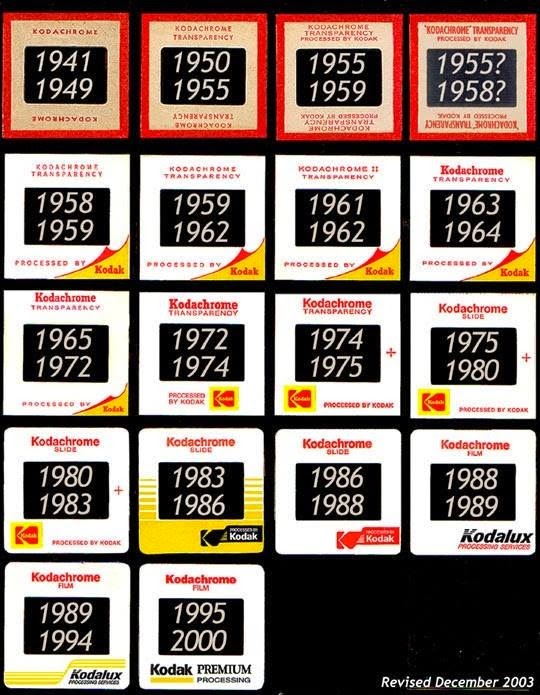 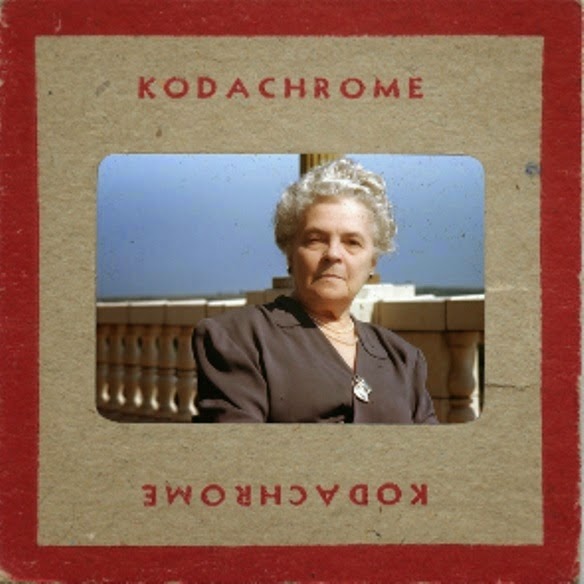 The same can be questioned regarding this time Mister Ray (other members of our team have compared this slide with Mister Ray other pictures). Bernerd Ray (born in 1899) also looks older than he was in the 40's: 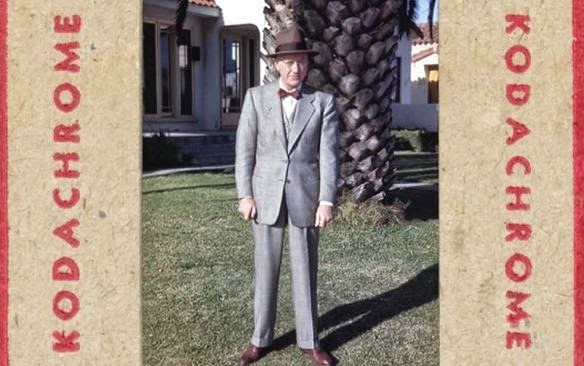 Among the 400 slides, there is one we have called the Paris Slide. "I" have several times asked Adam Dew and other promoters of the saga to show our humble research group the mount of this slide. 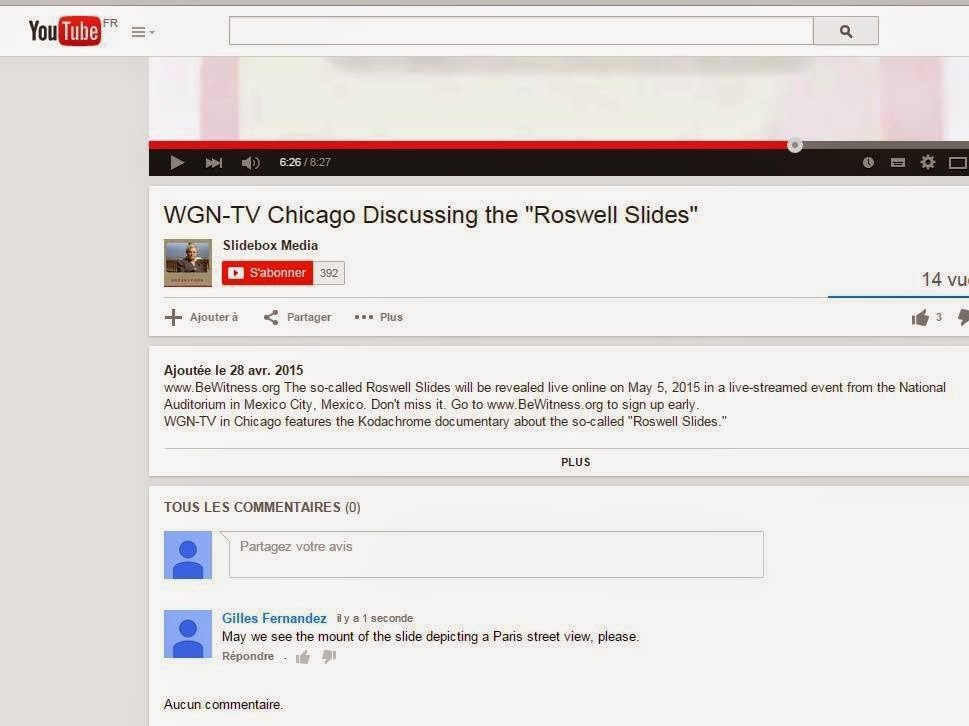 Yes, As pointed out in our previous article devoted to the Roswell Slides, a close examination by members of our team revealed that this special model of "SIMCA Ariane" car was not built before 1958.
So, if this slide had the mount expected from a 1941 to 1949 scene, it would prove that the type of mount with only "Kodachrome" printed two times is NOT a forensic evidence to establish that what is depicted is from the 1941-1949 period expected for this type of mount. 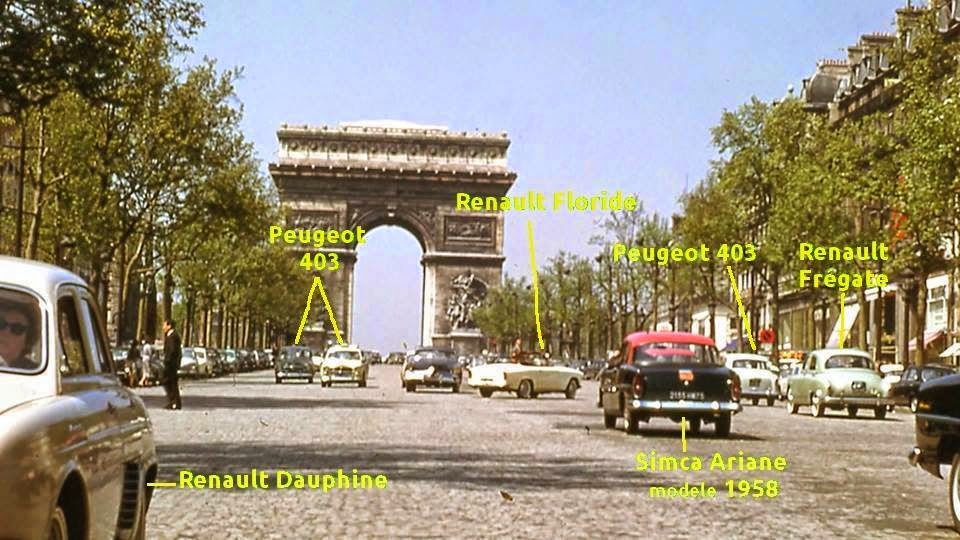 A video realised by Lance Moody:

Our team have analysed several the other slides among the 400 and have found very interesting things, but it will be presented in other medias cause not "my" work or not the good time. Stay Tuned!

Add-ons 2 May 2015: Two articles by Robert Sheaffer and one by Kevin Randle.

Are the "Roswell Slides" a 20th Anniversary Commemoration of the Santilli "Alien Autopsy" Hoax? by Robert Sheaffer.

Not the Roswell Slides by Kevin Randle.


It was also released this 2 May 2015 Tim Printy Webzine SUNlite 7-3. A large part of the issue is devoted to the "Roswell Slides Saga".

Previous Videos or Photographs claimed as genuine Alien depicted where it was hoaxe... (not completed)

The Filiperto Caponi close encounter of the 3rd kind, 1993: 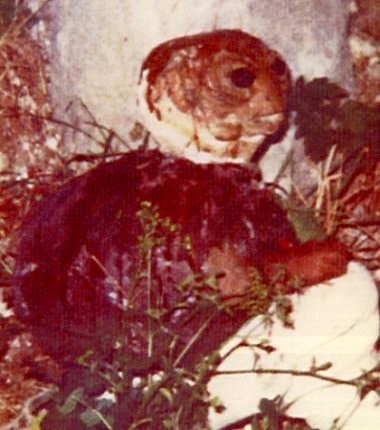 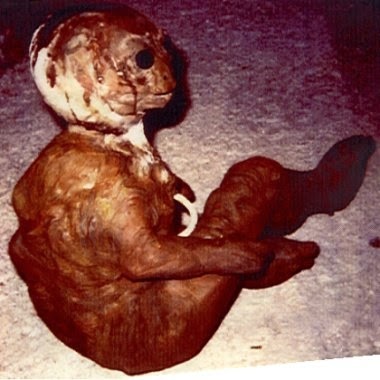 The video of the small alien in snow in Siberia:

... demystified for example in this Isaac Koi site section.

I particulary recommand to our readers to explore the two following sections of the previous site: Alien Photos

In French, there exists this "forum" data base titled "True or false Extra-Terrestrials", but many links are now dead. 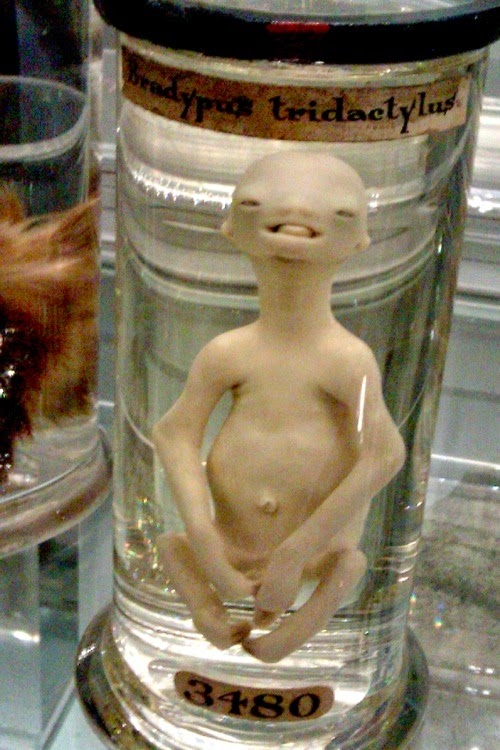 Thanks for the post, Gilles. Interesting points to consider!