Mick West and Metabunk teammates did good work regarding the two so-called "Gimbal" and "Go Fast" UFO videos which made the buz.


Myself early considered the video was not so very fascinating or astonishing (sexy!) and may be only involving FLIR camera training by pilots (for example, in Science et Vie Junior, July 2018, but in French).

Yes, people must realize that Infra Red camera are distorting the initial - and trivial - prosaic stimulus because reflecting NOT the physical shape, but ONLY the heat... And we got an UFO! (by projective elaborations and transformations, such IR video acting "like a Rorschach test"). 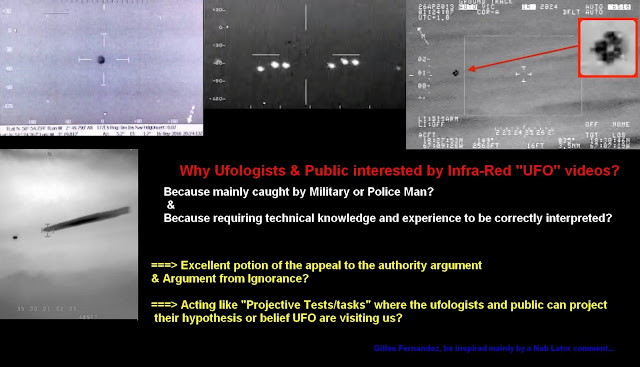