The 1896/97 Airship Wave: A neglected Variable to understand the Wave...

The 1896/97 Airship Wave: A neglected Hypothesis (or a supra-additive and explicative Variable). 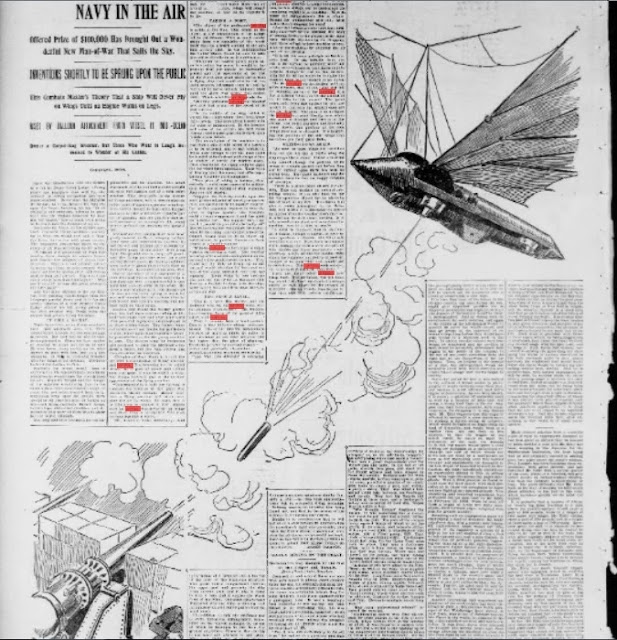 In my original article concerning the wave, and quoting the most read of my humble blog, we find:

"One curious feature of the post 1897 airship waves was the failure of each to stick in historical memory.
Although 1909, for example, brought a flood of sightings worldwide and attendant discussion and speculation, contemporary accounts do not allude to the hugely publicized events of little more than a decade earlier."
(Clark 2000, 123) .

“With a single unsatisfactory exception*, no eyewitness was ever interviewed even in the 1950’s, when some were presumably still living."
(Clark 1998, 37).

*The "single unsatisfactory example" Clark cites is a former San Francisco Chronicle employee interviewed via telephone by Edward J. Ruppelt in 1952. Ruppelt wrote that the man "had been a copy boy ... and remembered the incident, but time had cancelled out the details. He did tell me that he, the editor of the paper, and the news staff had seen 'the ship', as he referred to the UFO. His story, even though it was fifty-six years old, smacked of others I’d heard when he said that no one at the newspaper ever told anyone what they had seen; they didn’t want people to think they were 'crazy.'

From: The Amazing Airship of 1896 by James L. Cambias.

What if the 1896/97 airship wave was in part or has as an inside variable, a contemporary "psychological warfare campaign" against the Spanish and Cuba when you contextualize the period?
And then, explaining why, there will be no mention a decade later, to support the 1909 airship wave in newspapers? 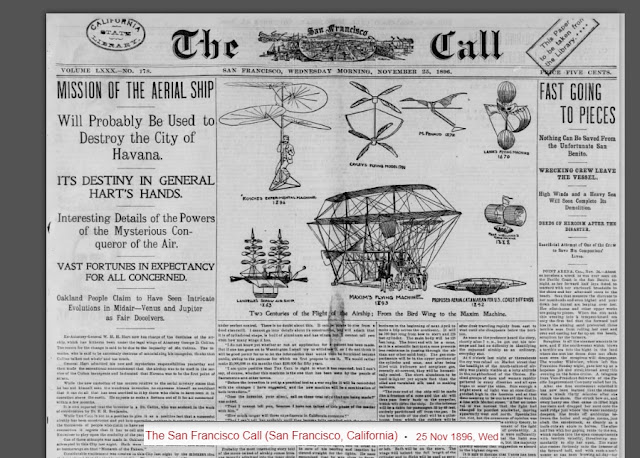 What if the 1896/97 airship wave (and mainly in California where the wave will start) was in fact (and in a part) a psychological warfare "orchestrated" by some Californian politicians or local influent individuals, in order to stay they have flying machines crossing the sea and that might bombard Cuba? 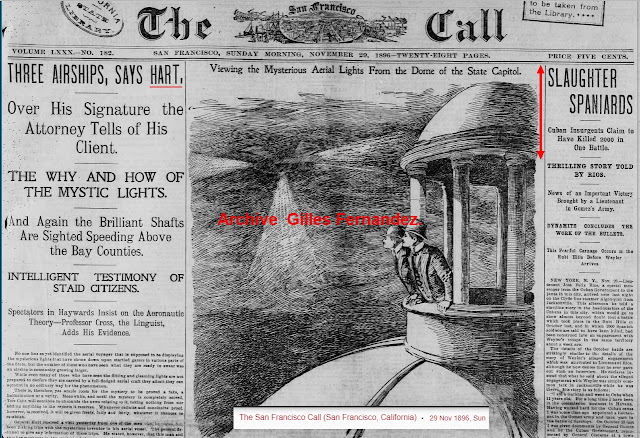 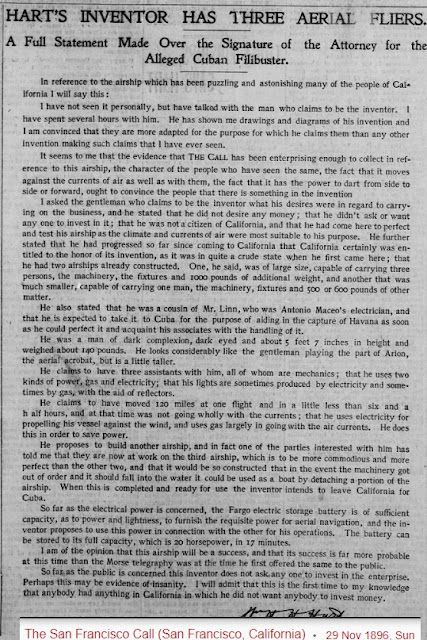 What if such local (California) Politicians and local influent individuals were in charge (directly or non-directly) of the contemporary Californian Newspapers by another coincidence ?

Stay tuned to "crack" and explain, by contextualization and more, the 1896/97 Airship Wave.